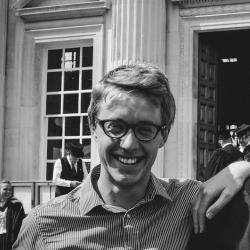 Abstract: Many models of gene expression do not explicitly incorporate a cell cycle description. Here, we derive a theory describing how messenger RNA (mRNA) fluctuations for constitutive and bursty gene expression are influenced by stochasticity in the duration of the cell cycle and the timing of DNA replication. Analytical expressions for the moments show that omitting cell cycle duration introduces an error in the predicted mean number of mRNAs that is a monotonically decreasing function of $\eta$, which is proportional to the ratio of the mean cell cycle duration and the mRNA lifetime. By contrast, the error in the variance of the mRNA distribution is highest for intermediate values of $\eta$ consistent with genome-wide measurements in many organisms. Using eukaryotic cell data, we estimate the errors in the mean and variance to be at most 3{\%} and 25{\%}, respectively. Furthermore, we derive an accurate negative binomial mixture approximation to the mRNA distribution. This indicates that stochasticity in the cell cycle can introduce fluctuations in mRNA numbers that are similar to the effect of bursty transcription. Finally, we show that for real experimental data, disregarding cell cycle stochasticity can introduce errors in the inference of transcription rates larger than 10{\%}.